It ran more than 6,000 kilometers. It was founded during the Han Dynasty (206 BC – 220 AD). It contributed substantially in development of several of the oldest civilizations such as China, India, Persia, Europe and Arabia. It supported inter-continental trade over land for over fifteen centuries before perishing in about 1453 with the Ottoman supremacy. It made China and India the most prosperous nations at the time (see world GDP over time below). Then its disintegration caused the Europeans to find the sea route to China and India resulting in colonization and eventual demise of these two nations from prosperity to abysmal scarcity.

After more than six centuries of disuse, it is roaring back to life. Being revived by HP to run its high-tech merchandise on a 7,000 mile inter-continental journey to connect its global supply chain from China to Europe.

Read more »
Posted by Vivek Sehgal at 9:53 AM No comments: Links to this post 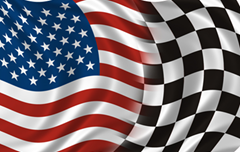 A recent article on The Atlantic by Derek Thompson wonders why the American auto industry has not contributed as much to the economic and specifically to the jobs recovery this time around. Derek’s analysis is impeccable and he refers to several irrefutable data points to reach the inevitable conclusion that should not really be such a surprise: In a market economy, capital efficiencies are rewarded!