3d Printing is So Passé 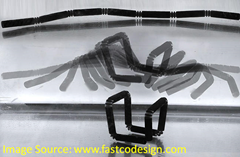 Life is too boring with 3d printing, all you can do is download the “printing” programs and build stuff at home! And it takes time. So MIT engineers came up with (what else?) 4d printing. But hold on, don’t all physical stuff has three dimensions? So what does the 4th dimension get you? Well, the answer is TIME. Yes, MIT brings to you materials that are pre-programmed to change shape, characteristics, assemble themselves, or otherwise affect physical and/or chemical changes in response to the environment they are placed in. So the 3d printer can print the flat surface that eventually curls up on the edges to become a phone case when you drop it into water! Or basically other stuff like that…you get the idea. 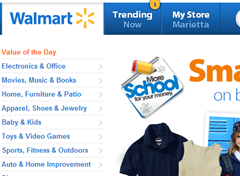 Reuters reports on Aug 15, “Wal-Mart Stores Inc (WMT.N) reported a surprise decline in quarterly same-store sales in the United States, its biggest market, after shoppers came in less often because higher taxes and gasoline prices were leaving them with less spending money. The world's largest retailer also cut its revenue and profit forecasts for its fiscal year, raising concerns about retail spending as the all-important holiday season nears. It cited weak results from the United States, as well as …..”

However the U.S. Department of commerce numbers tell a different story. Who is losing steam, economy or Wal-Mart?

Read more »
Posted by Vivek Sehgal at 9:28 AM No comments: Links to this post

We all might have done it some time or the other. There is nothing illegal about it. It has been said that it is killing retailers. (It probably is, at least the weaker ones). Here is how Wikipedia puts it, “Showrooming is the practice of examining merchandise in a traditional brick and mortar retail store without purchasing it, but then shopping online to find a lower price for the same item.” But change happens. And this change is definitely putting a lot of (pricing) pressure on retailers. How are retailer coping?

Read more »
Posted by Vivek Sehgal at 4:12 PM No comments: Links to this post

Stream Me That Burger, I am Hungry 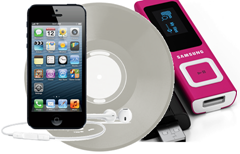 Do you remember when you used to go to your neighborhood music store and spend hours listening to the new albums before buying a couple of CDs on your way home? Yeah, it is history now! Technology changed the physical CDs to mere bits. You still love your music, you still sample new albums, you still buy it, just not the same way as you used to. And that also changed the music industry’s supply chain: It made it obsolete. With additive manufacturing techniques, more supply chains may be on their way out.

Read more »
Posted by Vivek Sehgal at 5:00 PM No comments: Links to this post