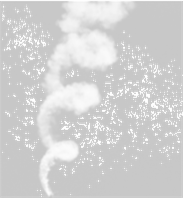 The Home Depot started in 1979 with their first store in Atlanta. Within seven years in 1986, it hit the $1 billion-mark in sales which grew to $20 billion in 1997. During this span of 12 years, it had an average annual growth in sales of 119% that made them the fastest expanding home renovation retailer. The brand was built on low-prices and the trade-specialists in the stores to support the DIY audience who needed help in finishing their home improvement projects. Then the founders left and the new CEO focused on profitability above all else - almost running the company into the ground before the board decided to replace him. Now Wal-Mart’s laser sharp focus on costs is raising similar questions: Have they gone too far?

In 2000, The Home Depot founders Bernie Marcus and Arthur Blank retired. Robert Nardelli was appointed as the new CEO. Coming from GE and having no retail experience, Nardelli embarked the company on the only path he knew: Cost cutting. Being a retailer, the biggest discretionary spend he saw was the people on the floor. The cuts came hard and fast, and soon the home depot stores lost most of the trade specialists from their floors! The results were drastic – by the time the board decided to replace Bob, the company’s market cap had declined from 104 to 82 billion dollars. In fact, the decline continued for another two years until in 2008, the company was only valued at 35 billion dollars. This contrasts well with the wall-street facing financial results where the company showed revenue growth doubling in the same Nardelli era. To put this context, during the same six-year period, Home Depot’s rival Lowe’s saw its split-adjusted stock price rise more than 200%.

All pointers led to the same underlying reason: The slide in customer service at Home Depot stores. “He's made Home Depot much more profitable and more streamlined, but messed up everything that has to do with serving the customer,” said one analyst. It was all about profitability, at the cost of serving the customer. The situation was so dire that in the summer of 2002, the Better Business Bureau’s Atlanta chapter—in Home Depot’s hometown—suspended the retailer’s membership in response to the skyrocketing number of customer complaints that had remained unresolved.

Now Bloomberg Businessweek reports that Wal-Mart has been cutting staff since the recession. “In the past five years the world’s largest retailer added 455 U.S. Walmart stores, a 13 percent increase, according to company filings in late January. In the same period its total U.S. workforce, which includes employees at its Sam’s Club warehouse stores, dropped by about 20,000, or 1.4 percent.” In 2008, Wal-Mart had an average of 343 employees per store. The number declined to 301 in 2013.

All this is leading to empty shelves while the merchandise piles up in the backrooms! Of course, that directly results into lost sales in spite of the fact that the inventory is actually sitting in the store, just not where customers can see it! It continues, “At a Feb. 1 gathering of Walmart managers, U.S. Chief Executive Officer Bill Simon said Walmart was “getting worse” at stocking shelves, according to minutes of the meeting obtained by Bloomberg News. Simon said “self-inflicted wounds” were Walmart’s “biggest risk” and that an executive vice president had been appointed to fix the restocking problem, according to the minutes.”

In addition to the empty shelves resulting in lost sales, Walmart also placed last among department and discount stores in the American Customer Satisfaction Index last month, the sixth year in a row the company has either tied or taken the last spot.

Sounds like the home depot in 2000s? Time for a wake-up call and review their business strategy, and to find out what is really going on at the world’s largest retailer that has captured our (supply chain) imagination for such a long time!