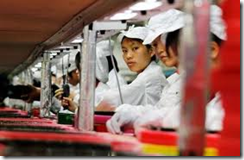 The pendulum on far-shoring for manufacturing may have just swung back. Many factors including higher gas prices, rising labor costs in China, shrinking product life-cycles, innovation premium, environmental-awareness, social branding needs and even political environment have contributed over the last few years to reverse a trend that seemed irreversible. Smaller, nimble, pioneering companies started the reverse trend during the last few years and it may finally become a tide with the likes of GEs joining the fray.

Wall Street journal says, “A survey of 105 companies in January and February by David Simchi-Levi, an engineering professor and supply-chain expert at the Massachusetts Institute of Technology, found that 39% were considering moving some manufacturing back to the U.S.”

More and more companies are reevaluating the economics of off-shoring and are unable to find the cost savings which may have justified the moves years ago. The fact is, it is not the same world any more! Consider the following: