Yesterday, I promised to post the report from Commerce for the advance retail sales numbers. You can access it here. Here is the summary: 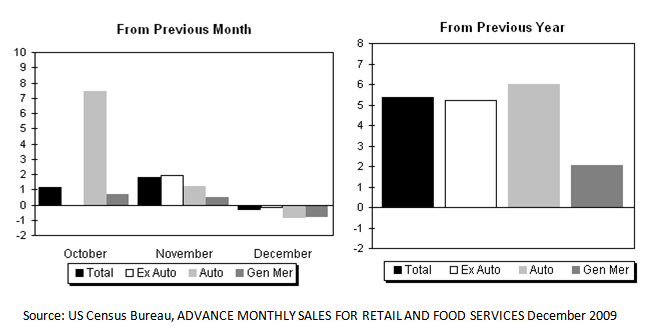 However, the big disappointment was that for the 12 months total sales for 2009 were down 6.2 percent (±0.2%) from 2008. That is a huge change from last year, probably reflecting the continued softness in the overall economy. Hopefully 2010 rings better.