It is that time of the year again. Analysts are predicting bleak sales for retailers, and consequent hard times for these corporations financially.

One of the closely held beliefs is that that "the holiday sales can account for as much as 40-50% of merchants' annual revenues".

You can see that in this news story at CNN http://money.cnn.com/2008/10/13/news/economy/retail_shakeout/index.htm that states, "The November-to-December holiday gift-buying months can account for as much as 50% of merchants' annual profits and sales."

Or here at Bloomberg http://www.bloomberg.com/apps/news?pid=20601103&sid=axCzcG1d.YTg&refer=us which says, "Sales are slowing just as merchants prepare for the holiday selling season, which may account for as much as 35 percent of a retailer's revenue."

This is not new either. Check out the predictions for the last year at MSNBC http://www.msnbc.msn.com/id/21772138/ that claimed, "...Retailers typically make 40 percent of their annual profits in the final six weeks of the year."

So how true is that? Do the holiday sales really add that substantial a revenue to a retailer's top-line, or profits to their bottom-line. I decided to do some data hunting. Here is what I did. I picked up the revenues and EPS numbers on some of the well known retailers from MSN Money for the financial years 2007, and 2008. Then I applied the following logic to compute the holiday effect on revenues and EPS of these retailers. 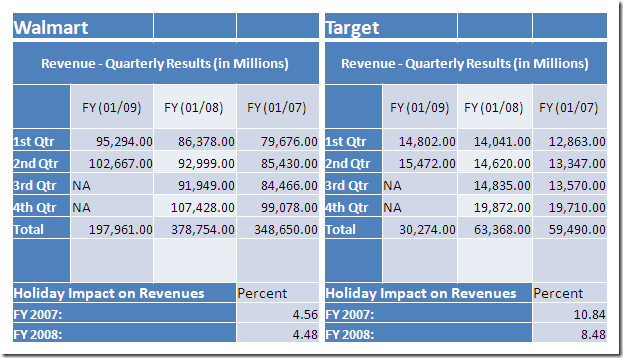 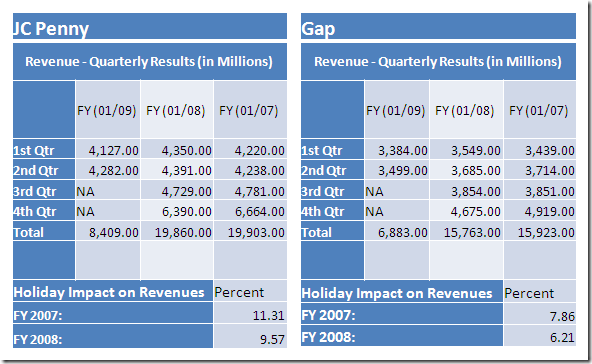 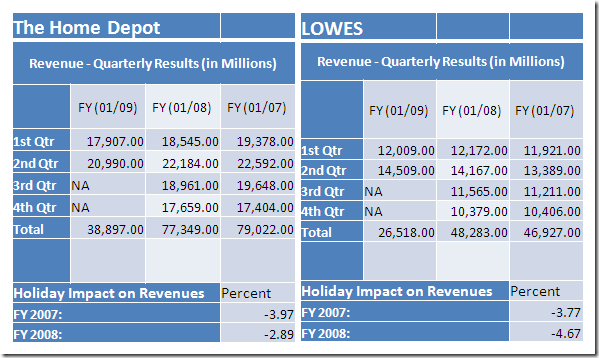 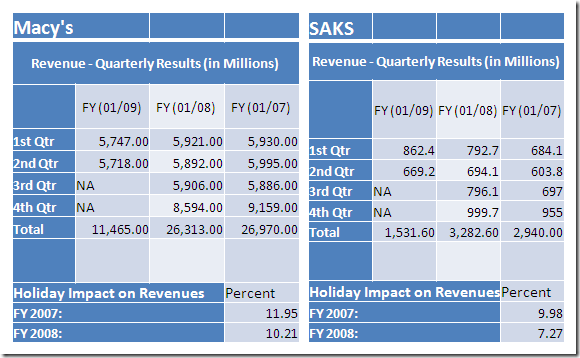 So the notion that a very substantial part of retailers revenues and profits come from holiday sales -- as much as 35 to 50% is plain WRONG!!! The fact is that holidays certainly affect the retailers but the impact is far lower than what is generally believed.