Last week Costco reported revised estimates for the wall-street citing higher energy costs. Higher merchandising costs, and higher freight costs were among the culprits identified. Here is the summary from the article cited above: Costco chief financial officer Richard Galanti mentioned that soaring energy inflation is affecting the cost of goods, leading suppliers to push higher prices onto Costco and other retailers at a faster and higher rate in the past six to eight weeks than before. Galanti also said that suppliers want increases of 5 percent to 10 percent and even more in recent weeks, compared to a range of 2 percent to 4 percent earlier in the fiscal year.

Higher fuel and energy costs seem to be one of the single largest factor affecting the upward cost spiral for retailers. The energy used in manufacturing processes cannot be reduced very quickly as any changes in manufacturing process reconfiguration are bound to have large capital and time outlays. The second largest energy cost is in the transportation. AMR estimates that transportation costs can amount to 20-30% of the total supply chain costs.

US Department of Transportation reported over 4,500 ton-miles of freight for the year 2005, and it has been trending upwards as you can see in the referenced report. The good news is that the GDP is growing faster than the VMT for the last few years. Like most complex scenarios, there will be many contributing factors to it but I would like to believe that one of the factors is the rising popularity of the Transportation Optimization among the corporations. 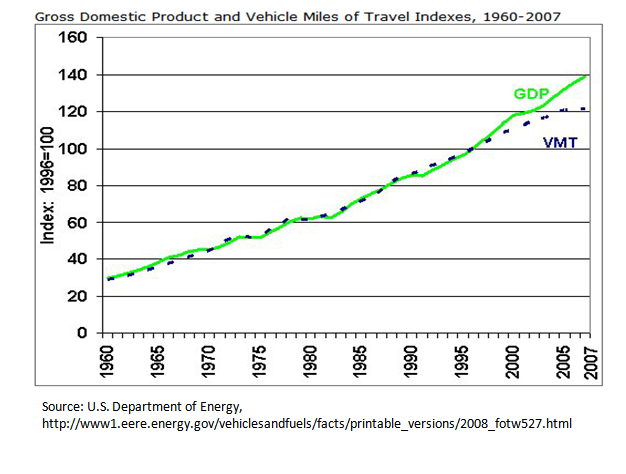 Transportation Optimization/Management Systems can help you in many ways to address the rising cost of freight. Deploying these systems is not a quick fix, but they have a proven ROI, and have even better return in current times with fuel spiraling upwards steadily. Transportation Management Systems (TMS) can yield substantial results through reduction of miles, optimal load and long-haul profiles (shifting of LTL loads to more TL loads), increased use of multi-modal shipments to better utilize the transportation network, and finally by reducing the freight cost invoicing errors.

TMS applications create better loads, allowing more efficient use of the trailer, rail-car and container capacity. They can also plan better routes to create multi-stop routes, continuous moves, and by utilizing pool-points where such trans-shipments may reduce the cost of freight. These systems also have the ability to create multi-leg, multi-modal shipments that can leverage cheaper transportation modes. For example using rail for the long haul portion of the route, and road for the final delivery leg can substantially lower the cost of transportation. Line haul rates for rail, and ocean (where that makes sense) are much more favorable compared to road freight.

While the inter-modal transportation always adds some more process complexity, the TMS applications make this transition easier by allowing you to automate most of the interactions between the carriers, drayage services, and the warehouses. On-boarding the partners, and certifying such automated interaction will still pose a challenge, but the rewards more than pay for such an initiative.

TMS applications also typically help in auditing the carrier invoices by validating shipments, line-haul, and accessorial charges. These not only make sure that the freight invoices are paid only for the services, but also ensure that the freight is being calculated using the contractual rates, and that all the accessorial are valid. It also prevents overpayments to carriers thus avoiding collection fees to 3rd party debt collectors when carriers fail to respond to the debit notes.

Most distribution intensive business use dedicated or own fleets for delivery to their stores. TMS can help enhance the fleet utilization efficiency for dedicated fleets by reducing the fleet miles traveled through better route planning. This is primarily obtained through multi-stop routes while simultaneously constraining on the warehouse shipping and store receiving schedules. Every mile saved on the fleet not only saves on the direct fuel cost, but also increases the fleet life due to associated wear and tear.